Showing posts from December, 2014
Show all

An Eagle for Boxing Day 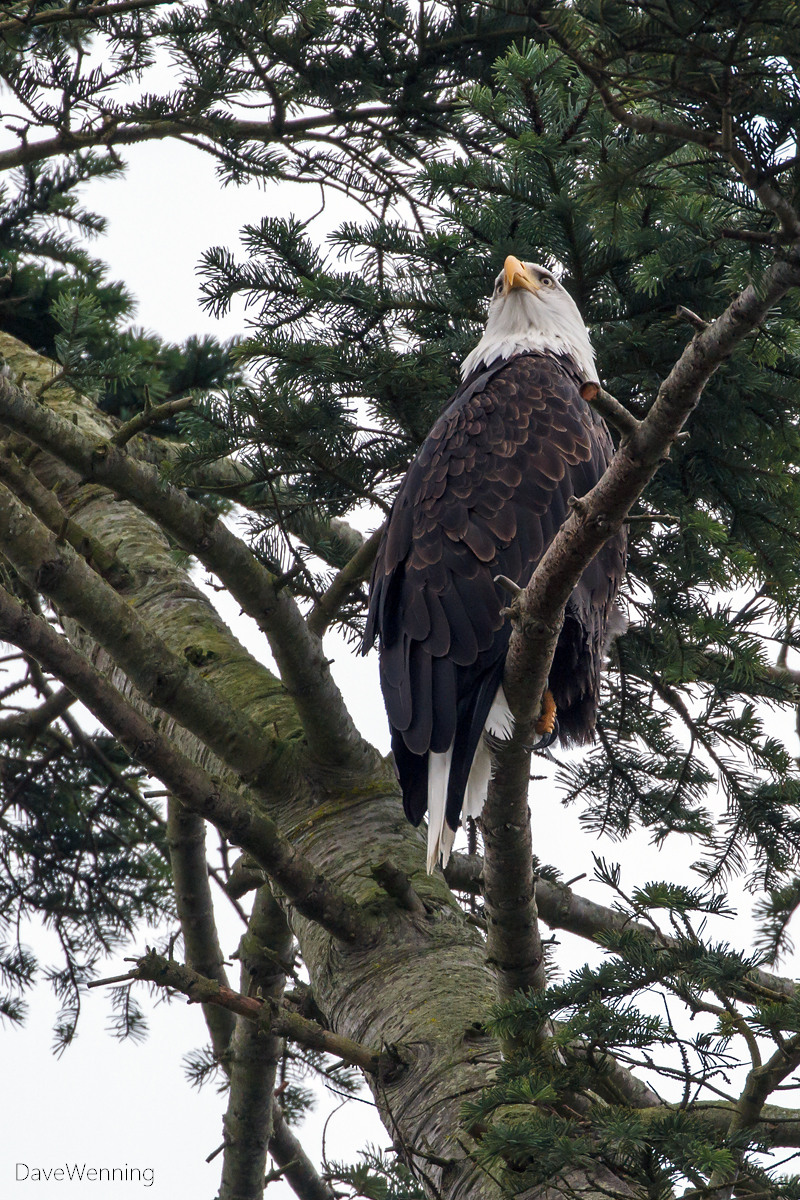 On the day after Christmas, Boxing Day is observed in many English-speaking countries around the world.  For some reason, it is well known, but only erratically observed in the United States.  Mostly, we use it as an excuse to take another vacation day after Christmas. My Christmas present this year was a new Canon EF 100-400mm II telephoto lens.  Among the first subjects I wanted to photograph with it were the Black Oystercatchers on "Fraggle Rock" in Deception Pass State Park.  Winter is the best time to find them there.  On Boxing Day, I headed over to the park with the new lens. When I got there, I was pleased to find several dozen Oystercatchers on the rock.  Just as I was getting ready to shoot, some ignorant, yahoo tourist started throwing things at the birds.  This is the second time I have observed this behavior in the same spot.  The gulls weren't bothered, but all of the Oystercatchers flew off, about fifty in all.  My shoot was over before it starte
Location: Deception Pass State Park, Washington, USA
Read more 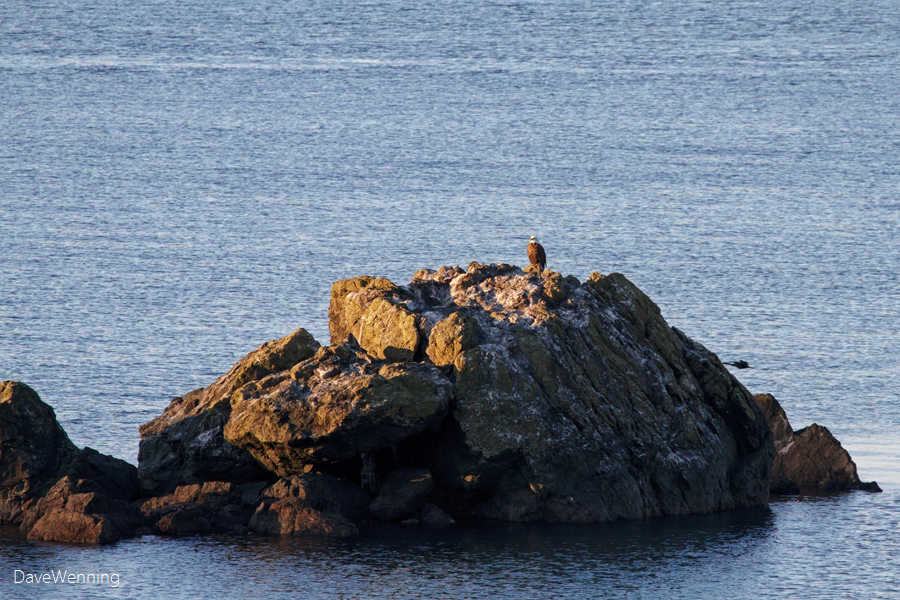 Recently, I hiked the Bowman-Rosario Trail out to Rosario Beach in Deception Pass State Park .  At the beginning of December, we had a stretch of clear skies and cold temperatures.  For me, this is ideal weather for hiking and exploring. Big rocks out in Bowman Bay are visible from the trail.  On the map, I believe these are the ones identified as Gull Rocks.  Usually, they are populated with dozens of cormorants, a real spectacle.  These are diving birds that like to gather together in such places to dry their feathers, preen, rest and socialize after fishing.  Such a group is called a "sunning."  On this morning, however, there were no cormorants.  I spotted just a single bird, a Bald Eagle (Haliaeetus leucocephalus) perched on the rock in the early December morning sun. Here's a closer view of the eagle taken further along the trail.  I doubt this is a good vantage point for spotting fish in the bay.  Like other predators, eagles spend a lot of time just lo
Location: Bowman Bay, Deception Pass State Park, WA, USA
Read more

Get Out of My Yard! 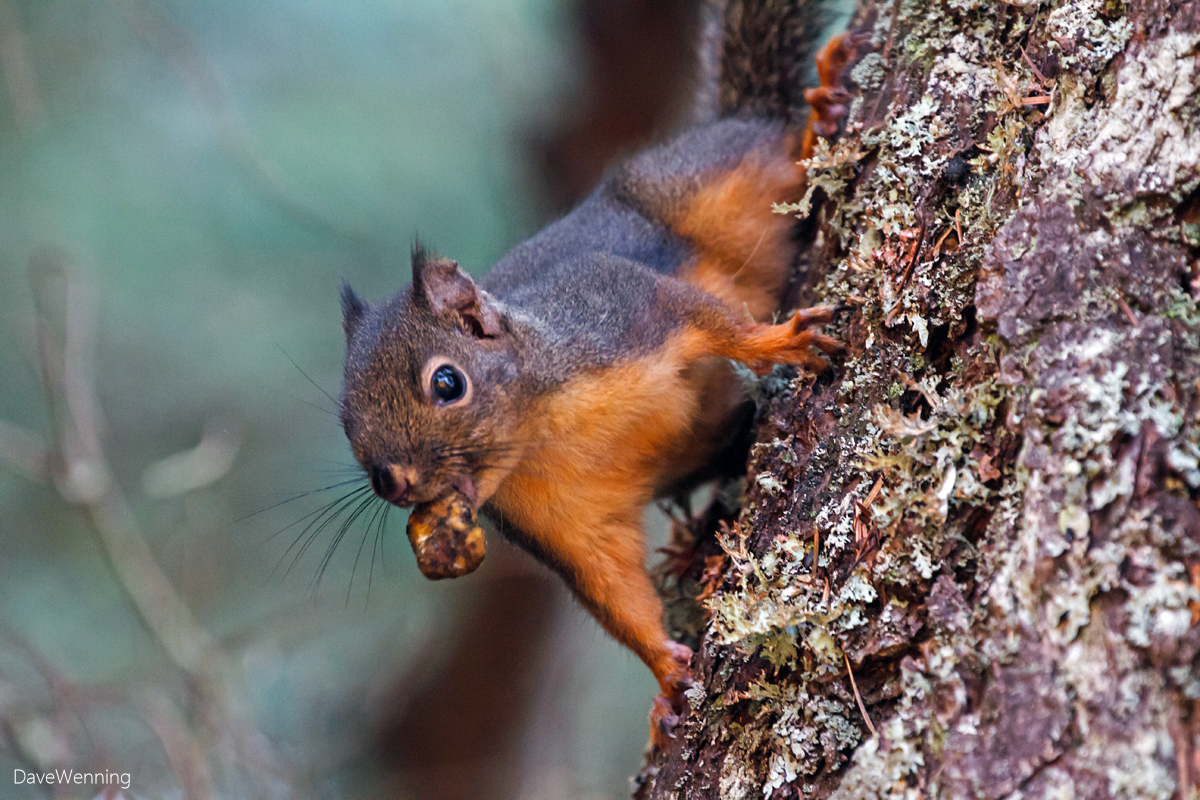 Encountering a Douglas Squirrel (Tamiasciurus douglasii) is always an adventure.   Sometimes they are indifferent or even curious and engaging. Other times , they can be aggressive and territorial.  I ran into this fellow on the Bowman-Rosario Trail in Deception Pass State Park.  The reaction was hostile and noisy.  I heard his angry barking and scolding first.  Then he came right up to me to challenge my presence in his territory.  From the look in his eye, it was obvious that I was not welcome here. Does anyone recognize what he is carrying?  It looks like a chunk of dried conifer sap.  Whatever it is, it must be something good to eat.  He was not about to give it up.  Chasing off intruders should never interfere with a good meal.
Location: Deception Pass State Park, WA, USA
Read more

Life and Death at Kukutali 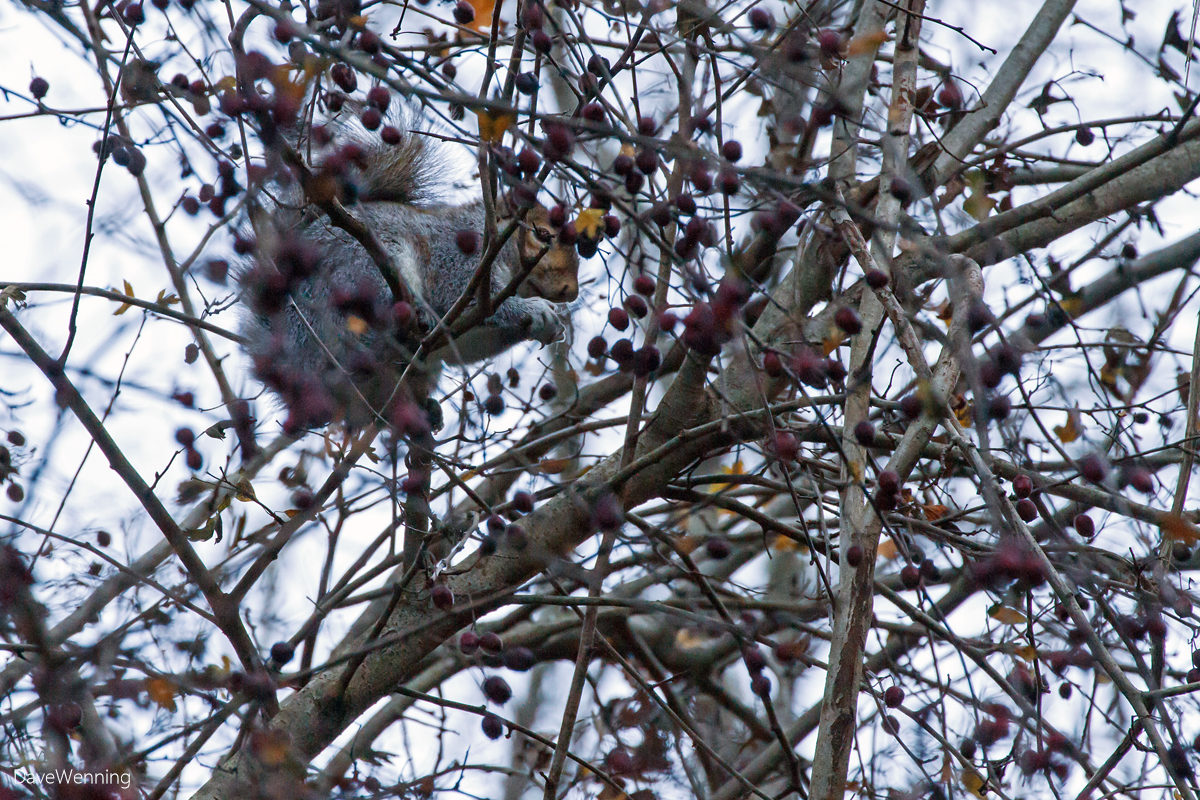 December 1 is the meteorological beginning of winter.  In northern latitudes, winter is the season of cold, stillness and darkness, when much of nature seems to die.  True to form, ours has come with subfreezing temperatures and even some snow in places.  In the north Puget Sound area, we have been getting clear skies and bright sunshine along with the cold temperatures. For some reason, I love hiking in cold weather.  With a day off work and a beautiful day, I headed over to the Kukutali Preserve to check out the wildlife.  I didn't get much past the parking lot before spotting this Eastern Gray Squirrel (Sciurus carolinensis) enjoying the fruits of a Common Hawthorn (Crataegus monogyna) .  This tree is a native of Europe that has become naturalized in the Pacific Northwest. As I mentioned, our overnight temperatures have dropped below freezing.  It was about 26° F (-3° C) when I left home.  A skim of ice had formed on the surface of the salt water lagoon next to the
Read more
More posts