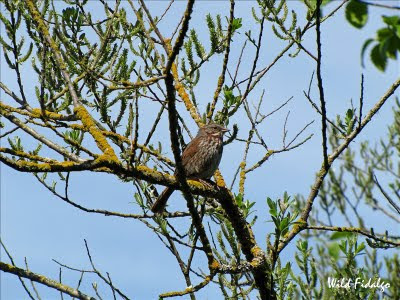 Last January, I discovered a place called Wiley Slough.  This is a vast wetland on Fir Island, Washington bordering Skagit Bay.  Fir Island is the delta of the Skagit River and as the river approaches Skagit Bay, it divides into a myriad of sloughs and marshes.  A system of dikes protect the farmlands on Fir Island from both tidal action and flooding by the Skagit River.  The wetlands of Wiley Slough are made accessible using the dikes as trails. The Spur Dike Trail is used by birdwatchers, hikers, hunters and dog trainers.  Today, the wetlands of Wiley Slough were alive with birdsong.  Every voice in the choir was singing.  The sopranos were led by Song Sparrows (Melospiza melodia).  Northern Flickers made up the alto section, Red-winged Blackbirds sang tenor and Great Blue Herons filled out the bass section.  The Song Sparrows, of course, were the stars of the show. 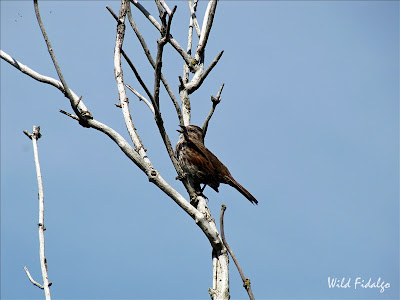