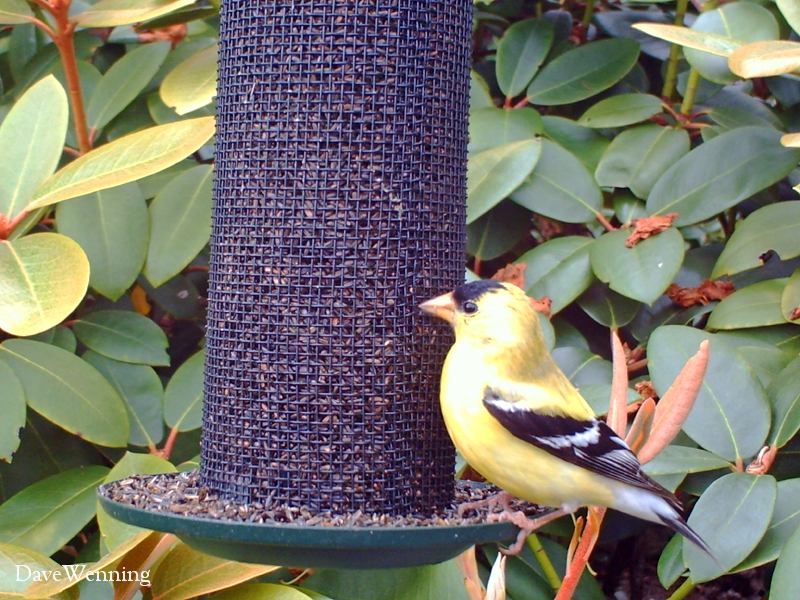 The American Goldfinch (Carduelis tristis) is the state bird of Washington, as well as of Iowa and New Jersey.  On Fidalgo Island, we see them from spring to late fall.  They are year-around residents of eastern Washington.

These are Birdcam photos and it has been surprisingly difficult to get decent shots.  The breeding plumage of the male is so intensely yellow that it tends to over-saturate, especially in sunlight.  The best Birdcam photos are produced in shade or under overcast skies.  Even then, they need a little Photoshop hocus-pocus to make them presentable. 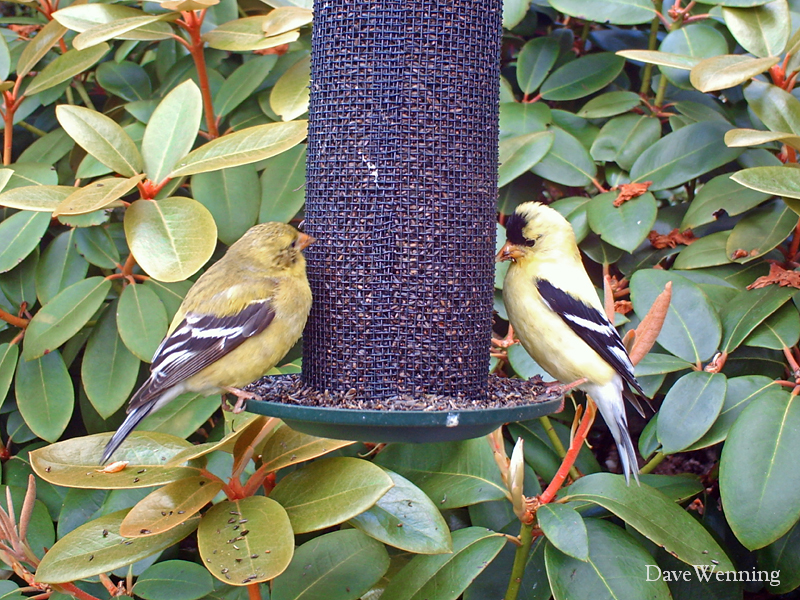 This is a breeding season pair which allows comparing the plumage of the male and female.  The male on the right is bright, clear lemon yellow with a small, black cap on the forehead.  The female is drabber, grayish yellow-brown and lacks the cap.  In he winter, the males lose their black cap and become drab olive or brownish like the females. 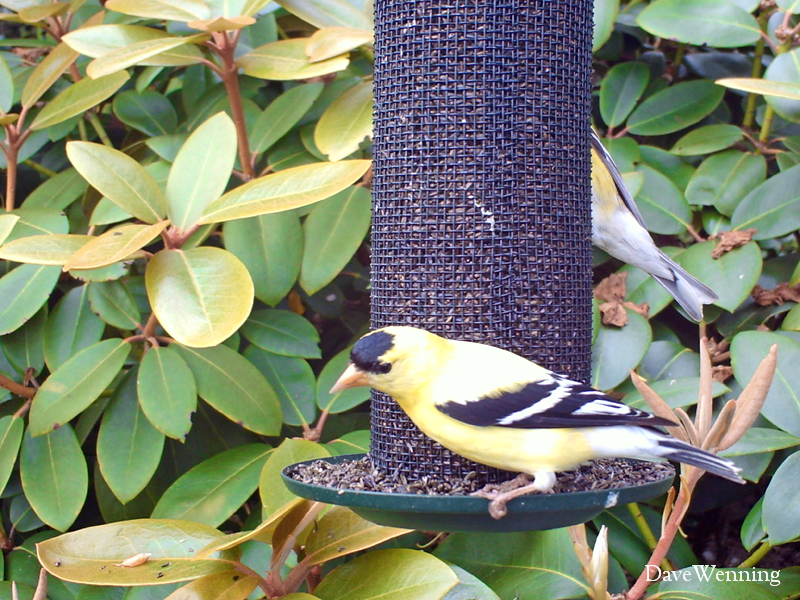 The older binomial is Spinus tristis and this name is sometimes still used.  Carduelis comes from cardus, "thistle," and refers to this finch family's fondness for nyjer or thistle seed.  If you want to attract Goldfinches to your yard, put up a thistle seed feeder.  They will come like heroine addicts to the methadone clinic.  At the feeder, you will notice their quiet demeanor, and a focus and intensity not seen in other birds.  Where nyjer seed is concerned, they are all business.  Now say "thistle seed feeder" three times fast. 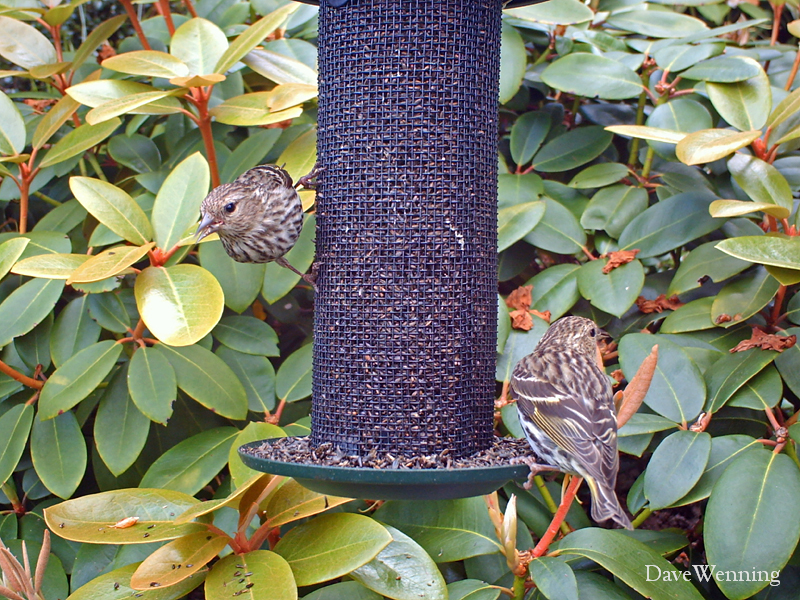 Pine Siskins (Carduelis pinus) are the smaller cousins of Goldfinches and are often seen feeding with them.  Other family members are the Lesser Goldfinch (Carduelis psaltria) and Common Redpol (Carduelis flammea), but these are only rarely seen in Washington.  During the winter, Common Redpols have been spotted in the wetlands on nearby Fir Island.