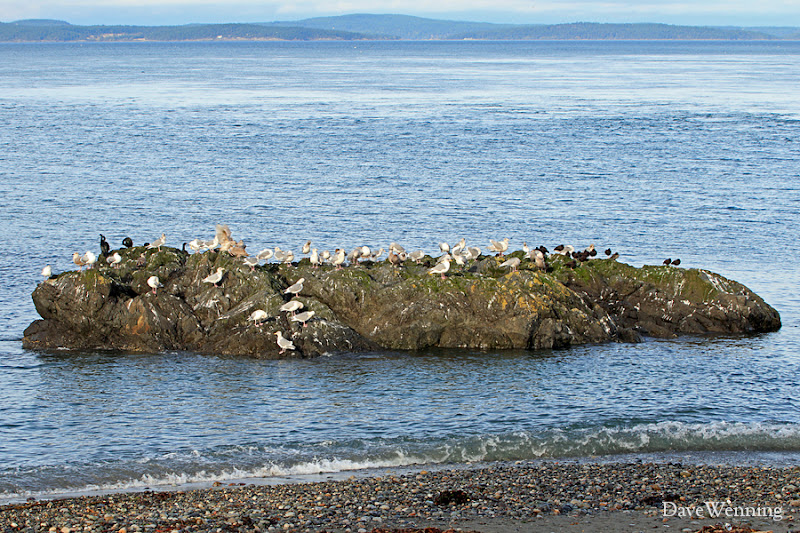 This rock is one of the little gems in Deception Pass State Park that visitors might overlook.  It is located at West Beach just off shore from the parking lot.  As you can see, it is a favorite roosting spot for gregarious shore birds.  During the time I watched and took photos, more and more birds continued to arrive and join the gathering.  For want of a better name, I informally dubbed it "Fraggle Rock" on a previous visit.  Does anyone know if this landmark has an official name? 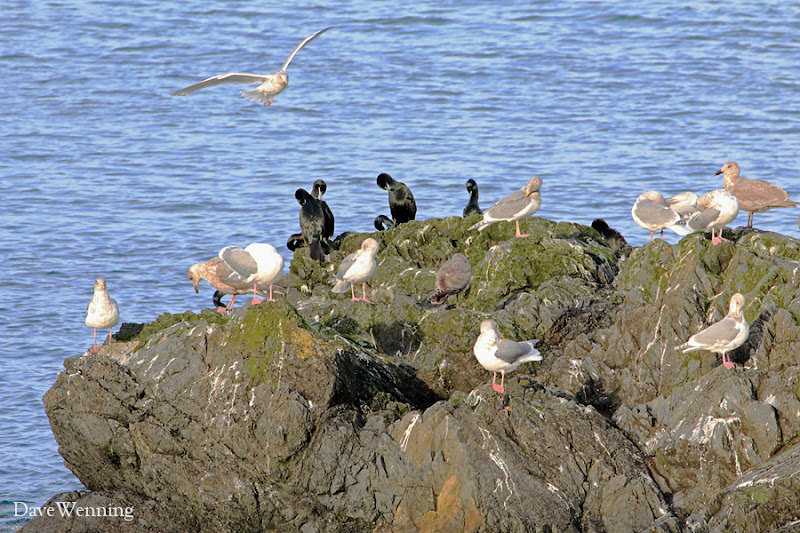 On the left end of the rock, I spotted a "sunning" of Cormorants in the company of gulls.  These are either Double-crested Cormorants (Phalacrocorax auritus) or Pelagic Cormorants (P. pelagicus).  A better look at their bills would have been helpful to distinguish them.  They dive underwater for fish and will literally swim with their webbed feet to catch their prey.  When they have had their fill, they will roost like this to dry their feathers, preen and socialize.  You might spot cormorants assuming the "angel" pose with wings outstretched to dry them.  Other collective nouns for cormorants include "flight," "gulp," "rookery" and "swim."  I often see flights of cormorants passing by my house during mornings and evenings.  They remind me of formations of low-flying aircraft on a strafing run. 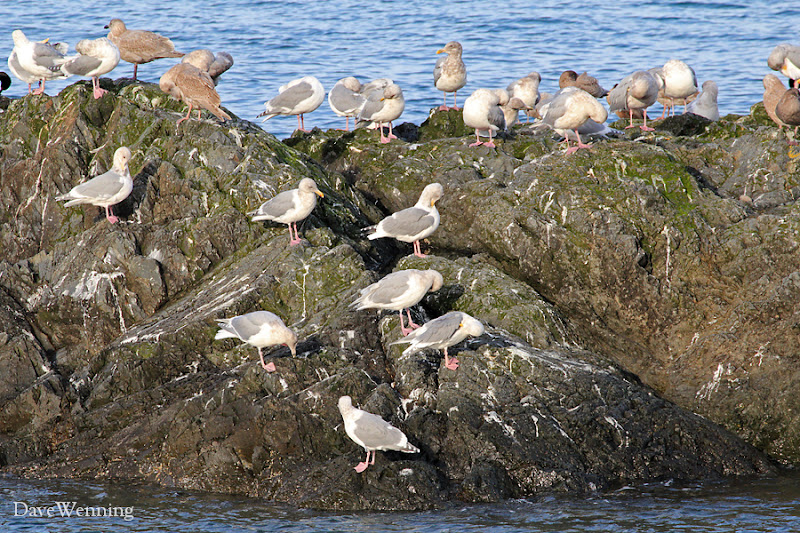 Only gulls occupy the middle section of the rock.  In this case, we can refer to this peaceful group as a "gullery" which refers to their nesting and roosting sites.  There is more than one species here, but they are notoriously difficult to distinguish.  I think I see Glaucous-winged (Larus glaucescens) and perhaps Thayer's Gulls (L. thayeri) in the group in various ages.  Of course, I have been wrong before.  Perhaps someone can chime in here.  Other terms for groups of gulls are "flotilla," "screech," "scavenging" and "squabble."  Those noisy birds I see perched on roofs downtown probably constitute "screeches" or "squabbles." 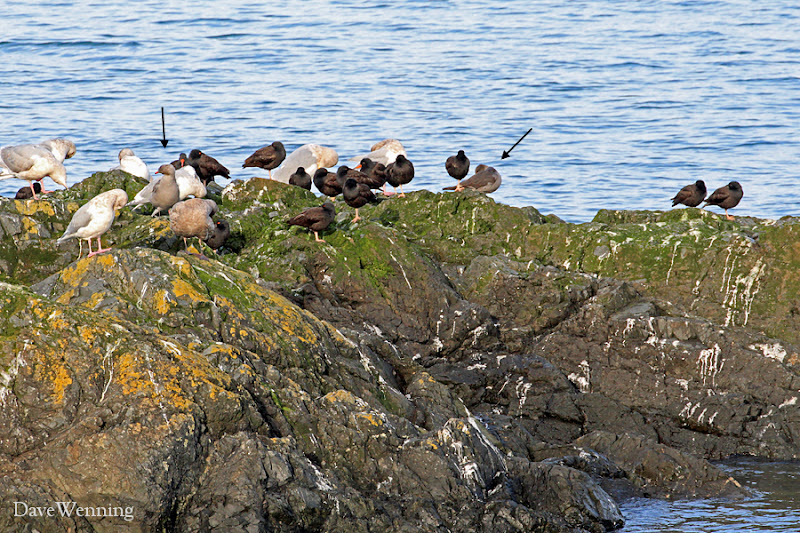 A "parcel" of Black Oystercatchers (Haematopus bachmani) occupies the right end of the rock. These are probably my favorite shore birds.  They are peacable, laid back little guys.  Despite a quiet demeanor, they have a lot of personality.  With large red beak, pink legs, a yellow eye circled in red and a brown or black coat, they appear to have been designed by a committee.  "Parcel" is the only collective noun I could find for oystercatchers.

Studying the photo, I noticed something else that I marked with arrows.  These look like Heermann's Gulls (Larus Heermanni) identified by smaller size, two-tone gray-brown coloring and red beak.  If so, this would be the first time I have spotted this species.  Please let me know if I am either right or wrong.

Next time you are out at West Beach in Deception Pass State Park, don't forget to check out the rock.  You never know what you might spot out there.  You might find yourself in the company of a bloat of politicians, a lounge of lizards or a rumple of geeks.