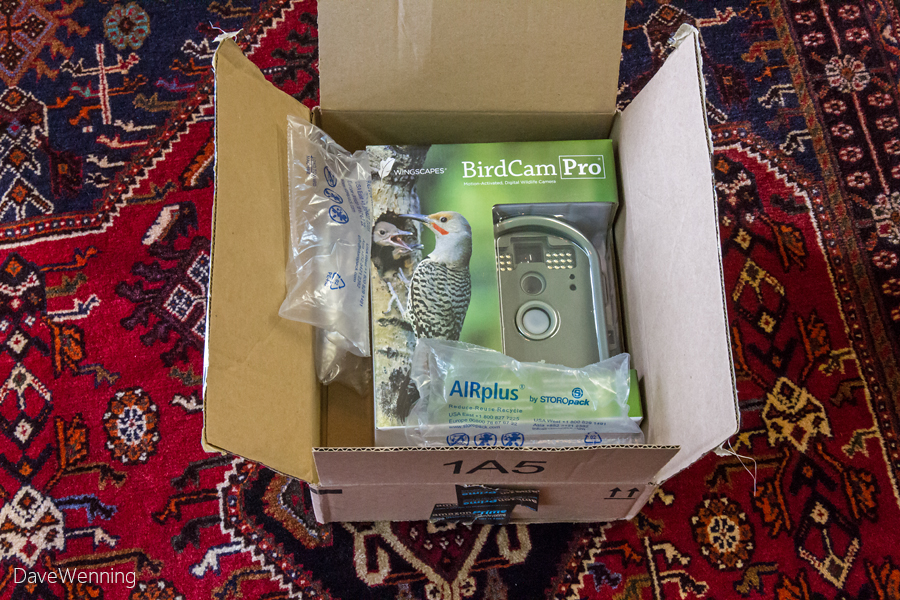 There's a new BirdCam from Wingscapes called the BirdCam Pro.  It offers several improvements over the BirdCam 2 which it replaces.  Here are some first looks as a brand new one comes out of the packaging. 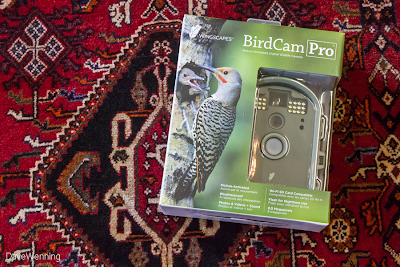 The BirdCam Pro consumer packaging provides a glimpse of the device through a window in the box.  Like the BirdCam 2, it is a motion-activated, point-and-shoot camera with an 8 megapixel sensor.  It can also be set for time-lapse photos.  Mount it pointed at a bird feeder or other target where birds or critters visit to capture their JPEG photos or short AVI videos. 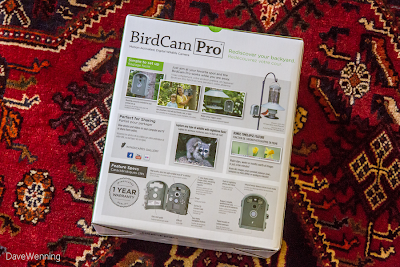 The back of the box shows setup examples and features.  The box reveals that the camera has no internal memory like the BirdCam 2, but will accept up to 32 GB SD cards.  The '2' would only accept a 4 GB card.  The box also reveals that this camera is WiFi SD card compatible and will record sound as well as stills and video. 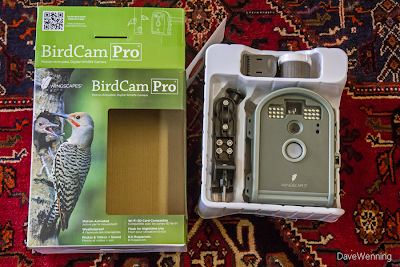 The device, manuals and accessories are organized in a second inner container. 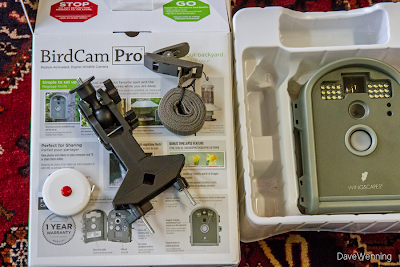 A tape measure, mounting arm and mounting strap are included with the BirdCam Pro.  The mounting arm is a new and welcome addition.  It can be attached to a wrought iron shepherd's hook as an example. 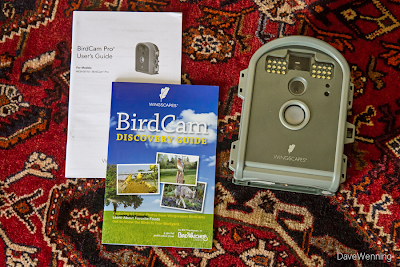 In addition to the user's manual, a BirdCam Discovery Guide booklet is packaged with the device.  This shows some sample setups and lures and BirdCam photos of common garden birds. 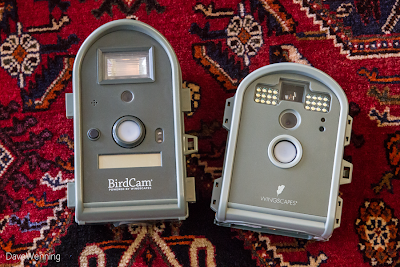 The BirdCam Pro is a bit wider and noticeably shorter than the BirdCam 2 (left).  Without batteries, it feels roughly the same weight as the BirdCam 2.  Notice that the LCD display of the 'Pro' is not visible through the front cover. 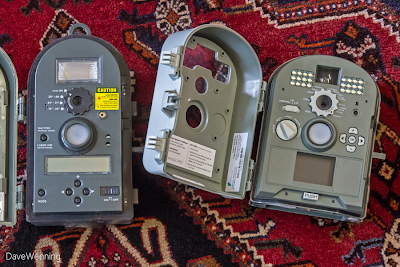 Opening the front cover reveals a new color LCD on the 'Pro' which can be used to preview photos and set up the unit (right).  This display is better protected from the weather than on the BirdCam 2.  It will be necessary to open the front cover to check battery and memory status.  Also, unlike the '2,' the new display remains off until activated, according to one of the reviews.  This should help to prolong battery life.  Battery power is also saved by the new LED flash arrays.  Improved power management of the 'Pro' allows up to 6 months battery life according to Wingscapes.  That's a big improvement over the '2.'  Even without using flash, I was changing batteries on the BirdCam 2 about once a month.  One review indicates that image quality has also been improved. 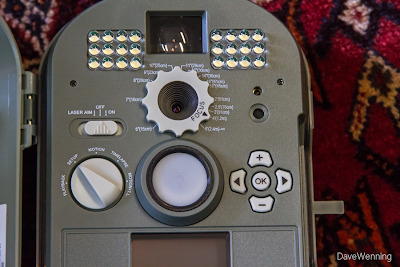 Depth of field setting can be fine tuned from six inches to infinity with the focus dial.  This is another improvement over the '2' which had only four ratchet settings.  I had one BirdCam 2 that consistently focused behind the target.  Wingscapes kindly replaced it and no doubt added this feature to avoid that problem. 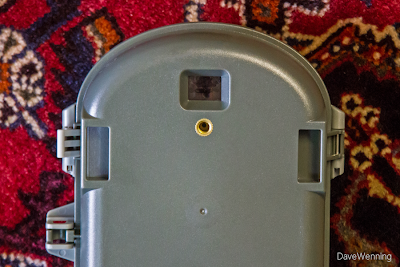 The BirdCam Pro also includes a view finder as well as a laser pointer for aiming the device.  That screw socket is a second mounting site (there's also one on the bottom) which accepts a standard camera tripod mounting screw.  The one feature that is still missing, in my opinion, is a spirit level.  This would be very helpful to get it set up straight and proper. 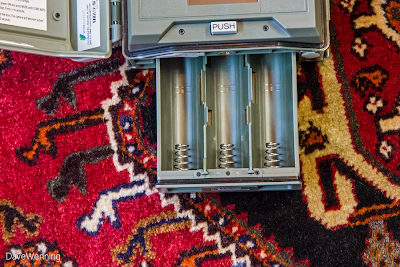 The BirdCam Pro uses six C-cell alkaline batteries instead of four D-cells.  They are housed in a cassette which ejects from the bottom of the device.  This provides better weather protection and makes them easier to install than on the '2,' but again there is also a disadvantage.  To change the batteries, it will be necessary to remove the camera from its mounting arm or tripod.  That's a small price to pay, however, if the promised 6-month battery life is a reality.

I am looking forward to getting this new BirdCam Pro set up and running.  Wingscapes appears to have addressed specific weaknesses of the BirdCam 2 with their new product.  My first impressions are very positive and I am anxious to see the photos the BirdCam Pro will produce.