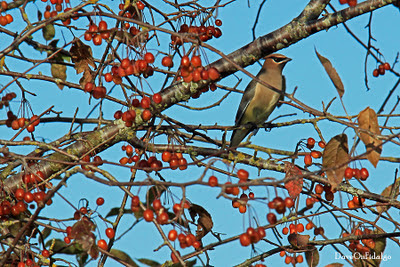 One of our most beautiful birds is the Cedar Waxwing (Bombycilla cedrorum).  It can also be one of the most elusive.  I do see them in my yard, but very rarely.  Meanwhile, out on Fir Island, the wild Pacific Crabapples (Malus fusca) along Wiley Slough are now fruiting abundantly.  They have attracted large numbers of Cedar Waxwings.  I have never seen such numbers in a single spot. 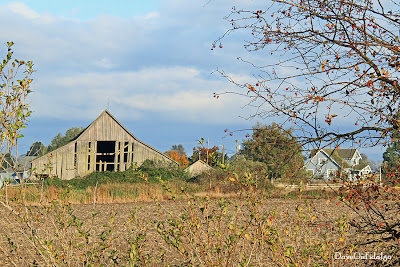 Fir Island, Washington is actually the Skagit River delta.  Most of it is farmland, protected by a system of dikes and drainage sloughs.  We have visited the island before to see concertizing Song Sparrows and flocks of Snow Geese. 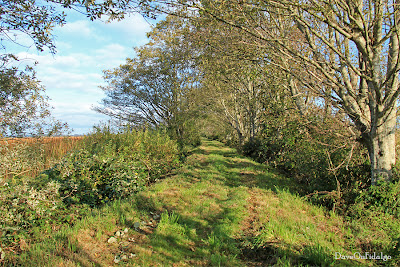 The Skagit State Wildlife Recreation Area at Wiley Slough is amicably shared by hunters, birders, photographers, hikers, dog trainers and a lot of big, friendly dogs.  Here, the barrier dike was moved inland to restore salmon habitat.  The old spur dike has been left in place.  The "Spur Dike Trail" now provides easy foot access out into these unique and amazing wetlands.  The site is managed by the Washington Department of Fish and Wildlife.  If you come to visit, be sure to bring your Washington Discover Pass or valid WDFW Vehicle Permit. 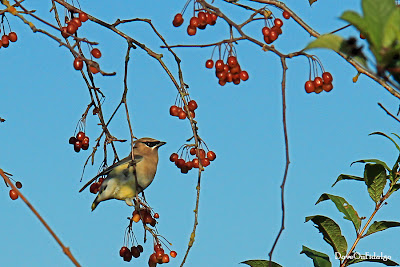 According to iBird, a group of waxwings is known as an "ear-full" or a "museum."  The Crabapples growing along the dike bore several museums of Cedar Waxwings.  The spectacle was definitely an ear-full.  During fall and winter, they are primarily fruit eaters.  Fruit availability will determine where these birds may be found.  The preferred habitat is open woodlands, orchards, wetlands and residential areas that provide food sources. 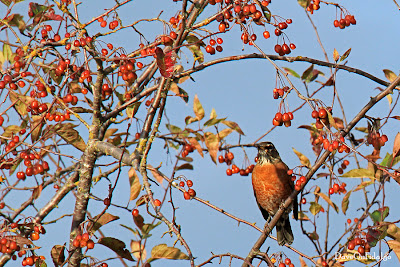 I noticed that one of the Crabapples along the dike appeared to belong to the Robins.  Here, about a dozen Robins and one Spotted Towhee were enjoying the fruit.  Interestingly, not a single Cedar Waxwing was feasting in this particular tree. 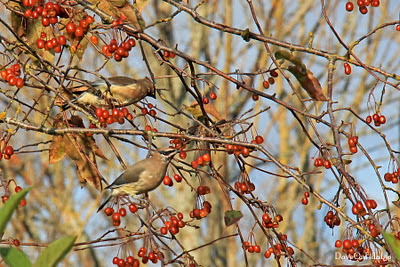 All of the other Crabapple trees were the exclusive properties of the Cedar Waxwings.  For me, it was a thrill to discover such huge numbers of a bird I have previously seen only rarely.  For a wildlife enthusiast, the Wiley Slough spur dike on Fir Island has never been a disappointment.
Habitat Waxwings
Location: Fir Island, Washington 98273, USA