A Couple Hours at Deception Pass 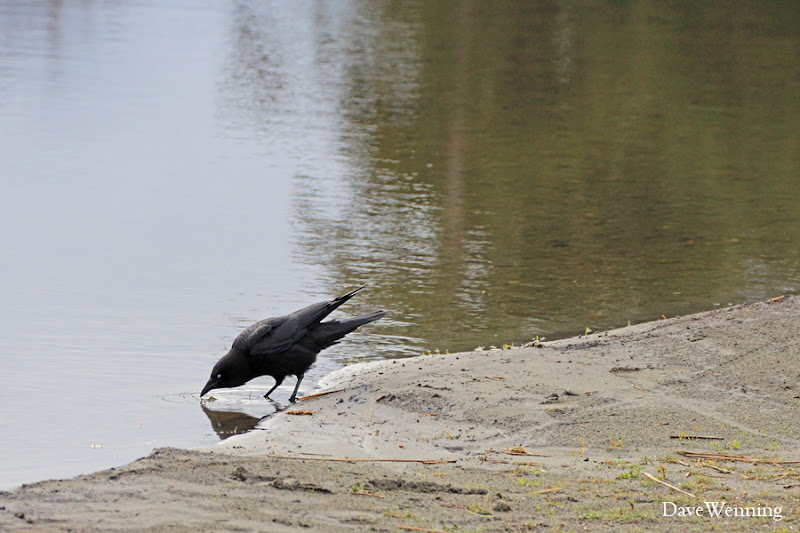 The weather started to look more spring-like this week.  With a day off and a pause in the rain, I decided to see what was going on at nearby Deception Pass State Park.  First, I crossed the bridge to Whidbey Island to check out the sand dunes at West Beach.  The Northwestern Crows were out and about raising a ruckus as usual.  This one paused to catch a drink from Cranberry Lake. 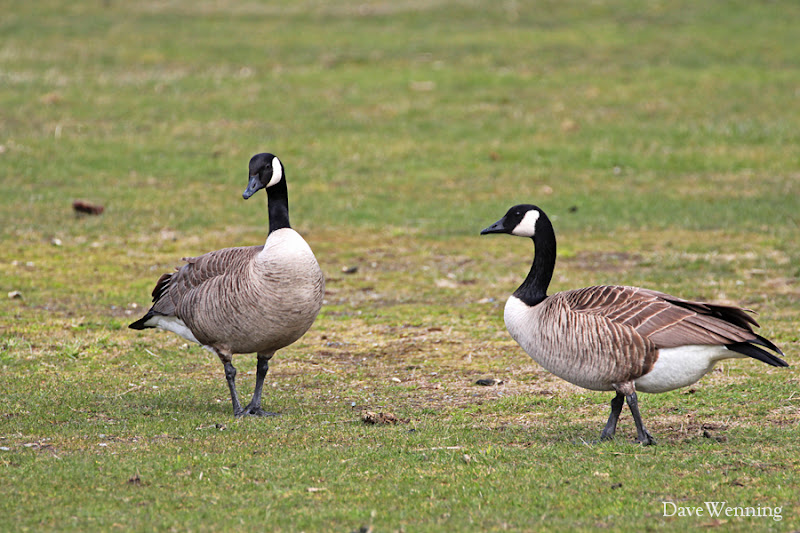 Next came a stop at Bowman Bay on Fidalgo Island.  This pair of Canada Geese was feeding on the lawn next to the parking lot. The American Robins were still hunting earthworms in the picnic grounds, as we saw last month.  I didn't spot anyone who appeared to be full of eggs this time. 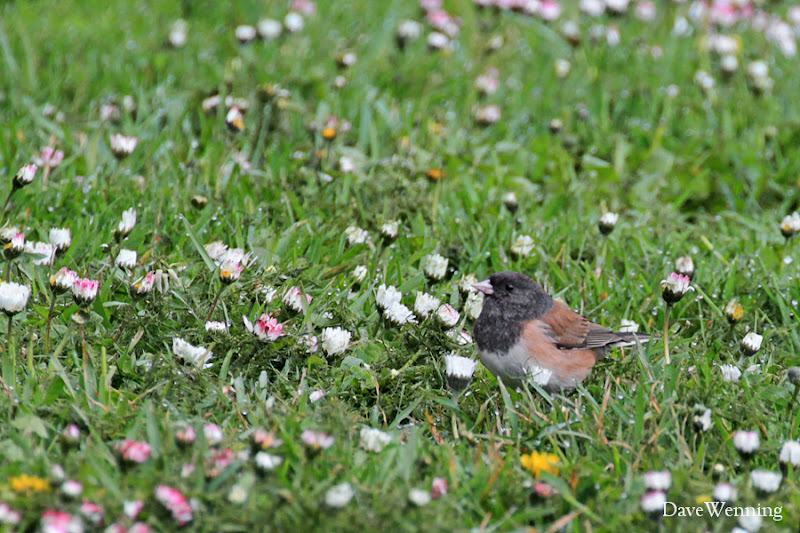 Among the spring flowers in the lawn, several Dark-eyed Juncos were foraging with the Robins.  Also spotted, White-crowned Sparrows that were too quick for my camera.  Everybody was singing in their individual voices. 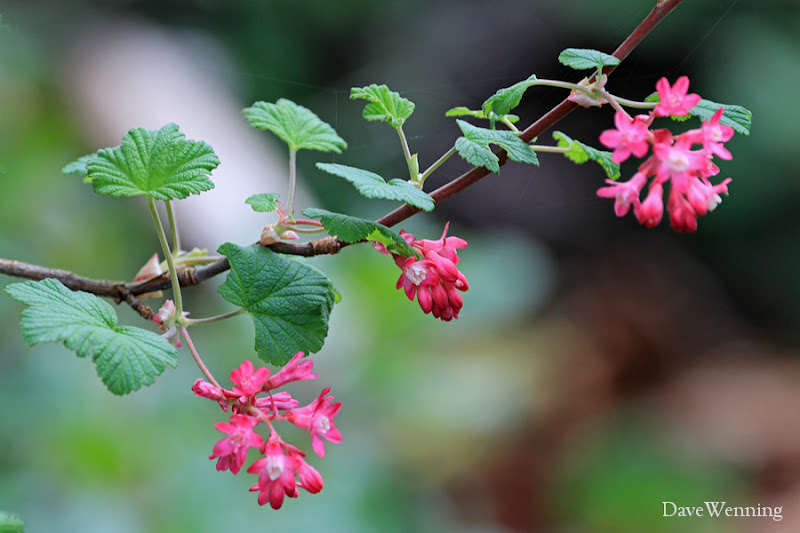 I set off on the trail to Rosario Beach and found the Red-flowering Currants in full bloom. 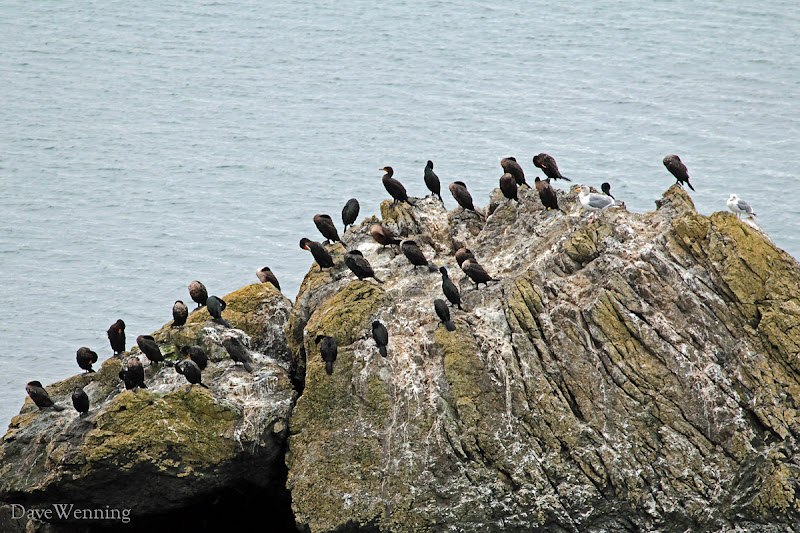 Along the trail, check out the rocks out in Bowman Bay.  You can pretty much count on seeing Cormorants resting, preening and drying their feathers after feeding in the bay.  These appear to be Double-crested Cormorants and a couple of Gulls are enjoying their company. 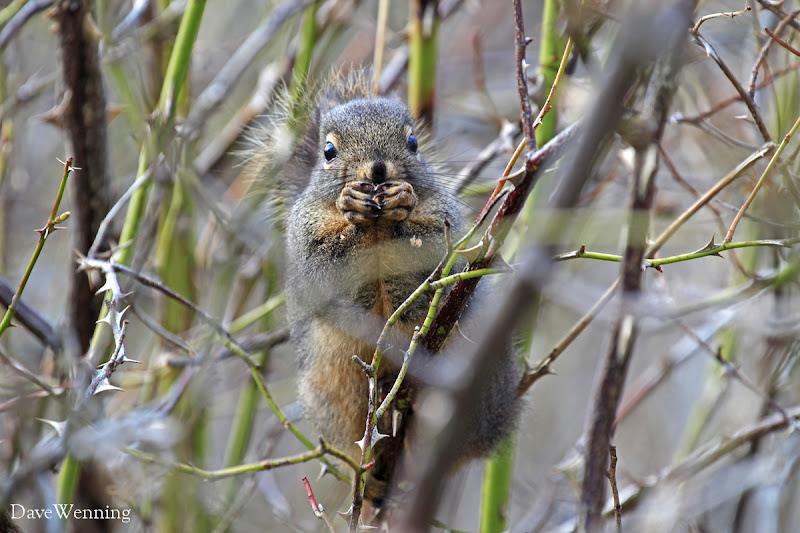 When I arrived at Rosario, I found this Douglas Squirrel getting some vitamin C from the last of the Nootka Rose hips. 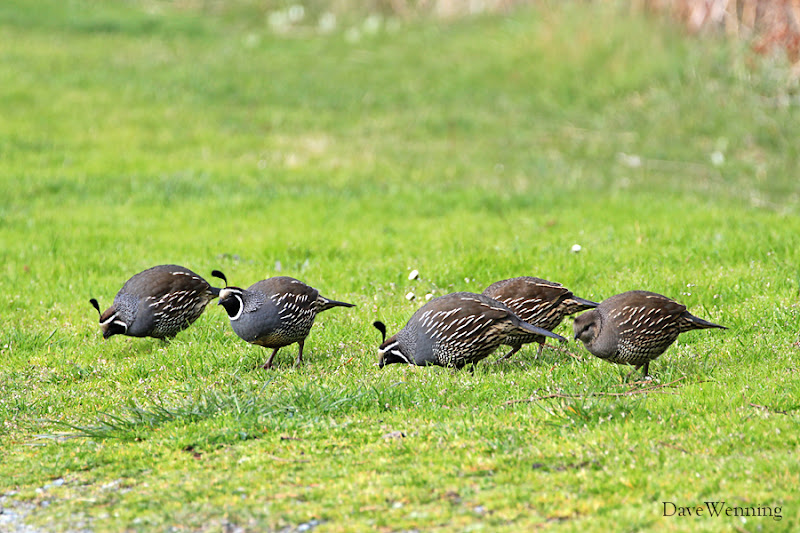 California Quail were also out feeding, making their chortling noises.  It won't be long before they will be shepherding dozens of tiny chicks while they feed. 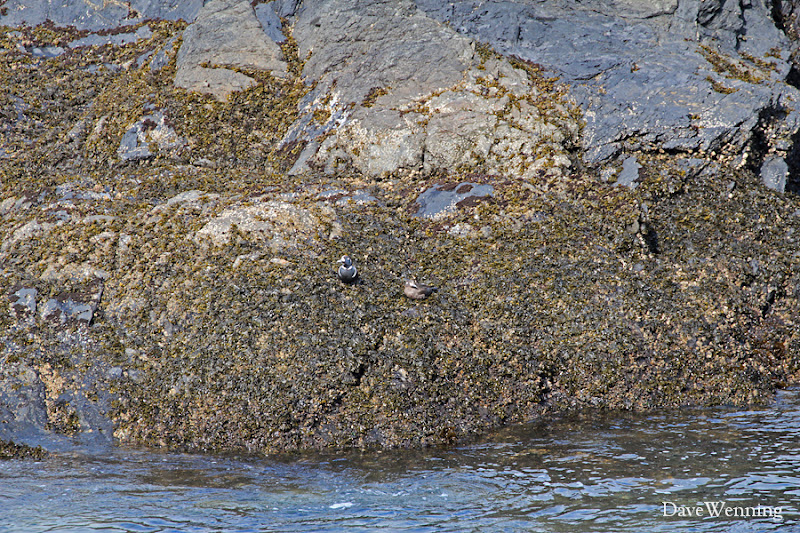 The highlight of the morning was spotting this resting pair of Harlequin Ducks.  Can you see them camouflaged in the Rockweed?  Standing atop Rosario Head, I almost didn't notice them over on Urchin Rocks.  I have seen a lone drake diving in this area all winter, but I can't be sure if this is the same fellow.  If it is, it looks like he now has a mate.  According to the books, they don't breed in this area, so they will probably be moving on soon.  If this pair hasn't read the books, maybe they'll stick around.  Once the eggs are laid, however, they will split up leaving the hen to raise the ducklings on her own.

Eating, drinking, singing, resting, blooming and courting, all in a day's work during spring at Deception Pass State Park.