I have been beachcombing as long as I can remember.  My grandparents spent summers on the Washington coast and I would stay with them sometimes for several weeks.  I was only four or five years old in my earliest recollections.  I have salt water and sand in my blood.  Now, I am fortunate to live on one of the finest beaches of Puget Sound.  I can hike east or west, at least two miles in either direction.  To the east is Similk Bay, the northern-most reach of Puget Sound.  Here seen in springtime haze, Mount Baker stands enduring watch over Similk. 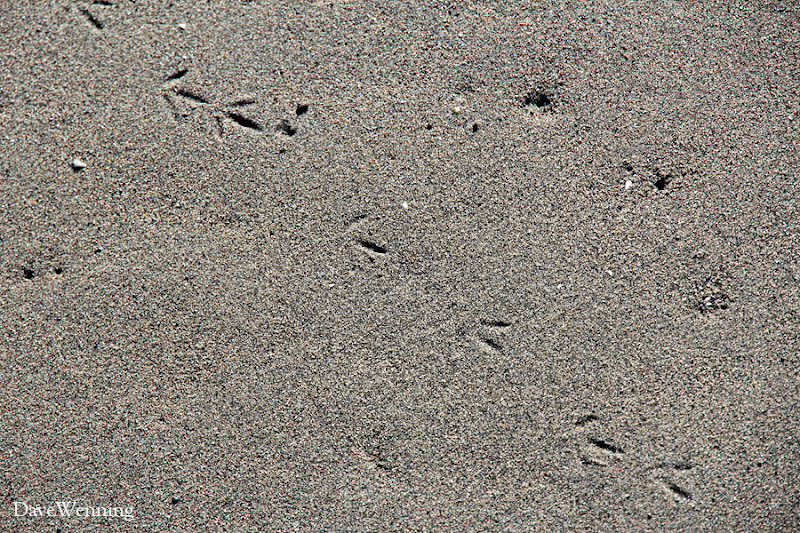 We believe that life began in water.  Scientists, the Book of Genesis and the Quran are in agreement on this point.  I'll bet you didn't realize that.  If you pay attention, you will find evidence of "the moving creature that hath life" every where you look on the beach.  Let's see what we can find along the western shore of Similk Bay. 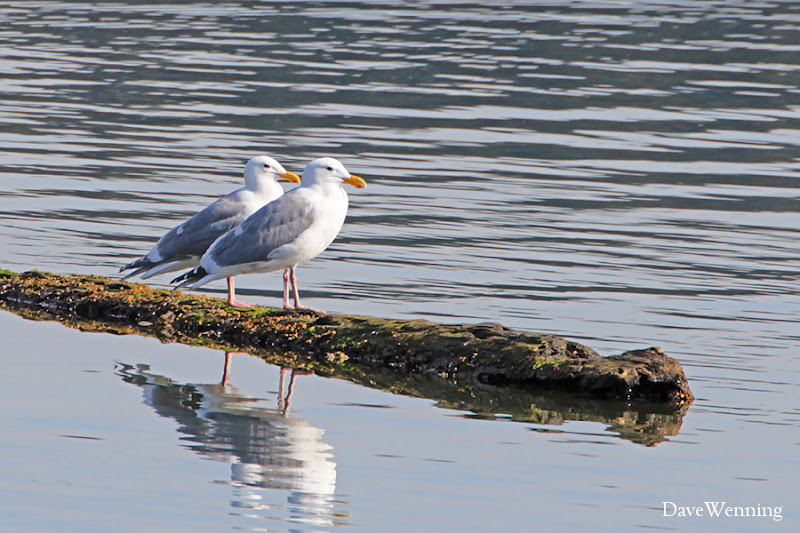 Gulls are the most common shorebirds in the bay.  With pink legs, red beak spot and black wingtips, these appear to be Western Gulls (Larus occidentalis).  They might also be Western x Glaucous-winged hybrids which happens around here.  As usual, please correct me if I am wrong. 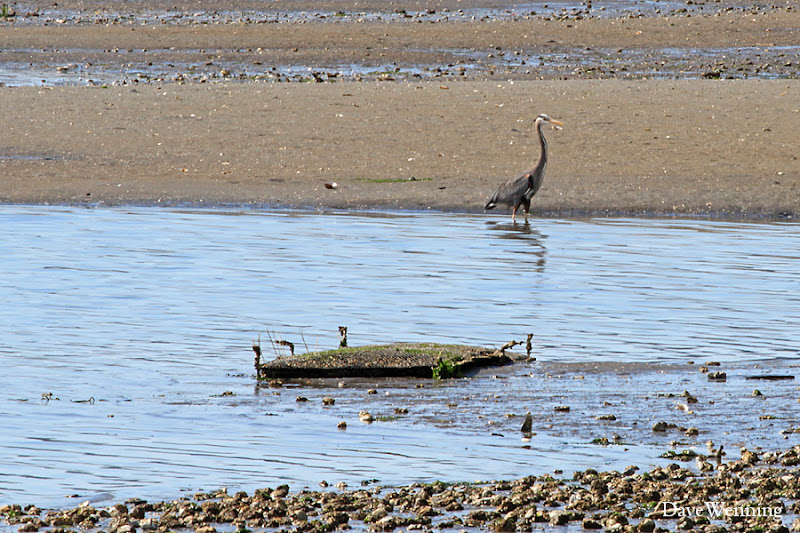 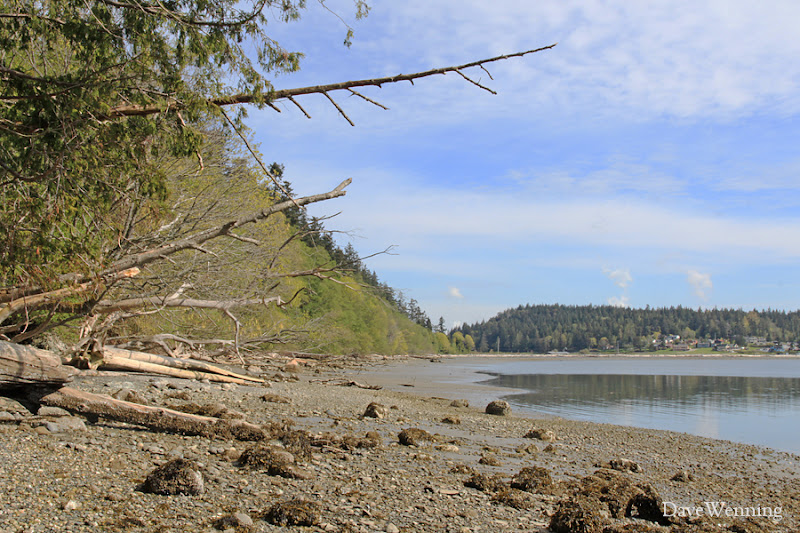 Hiking further into Similk Bay reveals a wild and primordial environment.  The high bluff along the western shore limits easy access by humans.  Sediments washing off the bluff nourish the beach.  It is a rich and fertile environment for wildlife. 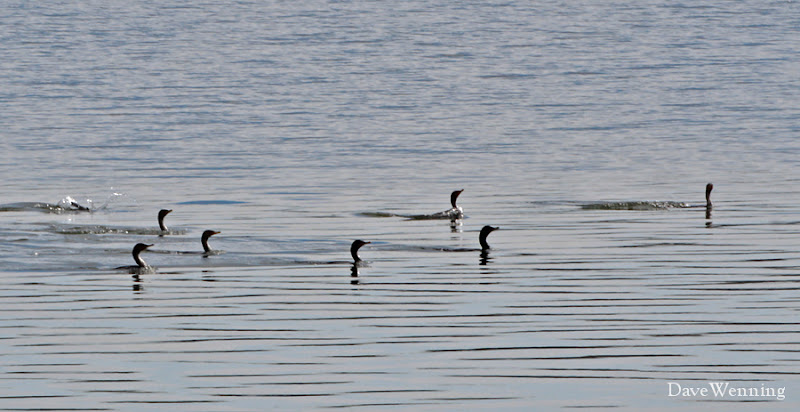 Like a flotilla of submarines, periscopes  raised, a "swim" of Cormorants passes by.  Although seen in silhouette, these appear to be Double-crested Cormorants (Phalacrocorax auritis).  The light colored throat is a characteristic of younger birds.  Altogether, there were twenty to thirty birds in this group.  They passed by smoothly and swiftly, diving and reappearing like a choreographed water ballet.  There was a rhythm in their diving as if they were following music.  It was the first time I witnessed this behavior.  It was an amazing sight. I have mentioned before a difference I have noticed between city gulls and country gulls.  Similk and South Fidalgo have country gulls. They are quiet and peaceable, dignified, admirable birds.  When I go into town, I find city gulls.  These birds are noisy and aggressive.  They perch on rooftops and call incessantly.  It's an unhappy sound.  You might find them hanging out at dumpsters.  I always enjoy watching my country gulls. 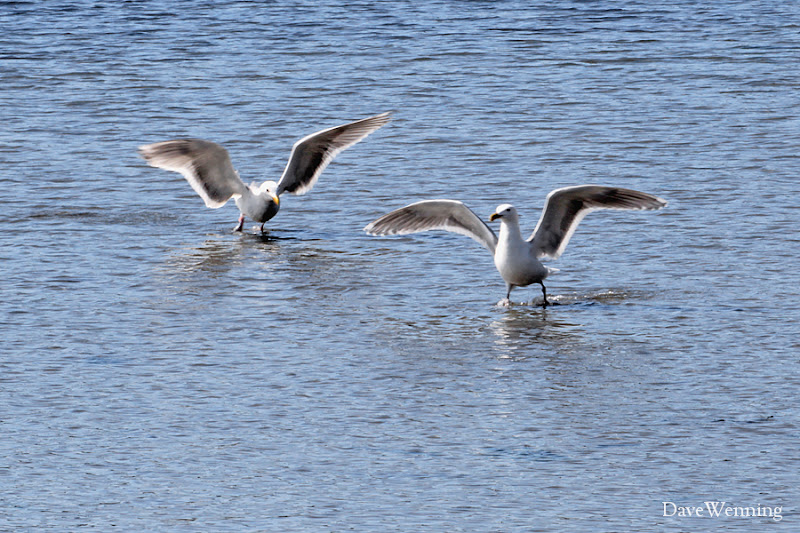 Did you know that because of their webbed feet, gulls can't perch like other birds.  They must stand on flat surfaces.  The foot of a perching bird will automatically grasp a twig or branch tightly.  Gulls cannot do this.  This may be why they are comfortable on the flat, horizontal surfaces of our cities.  In the air, sea and on land, however, the athleticism of gulls is unsurpassed. 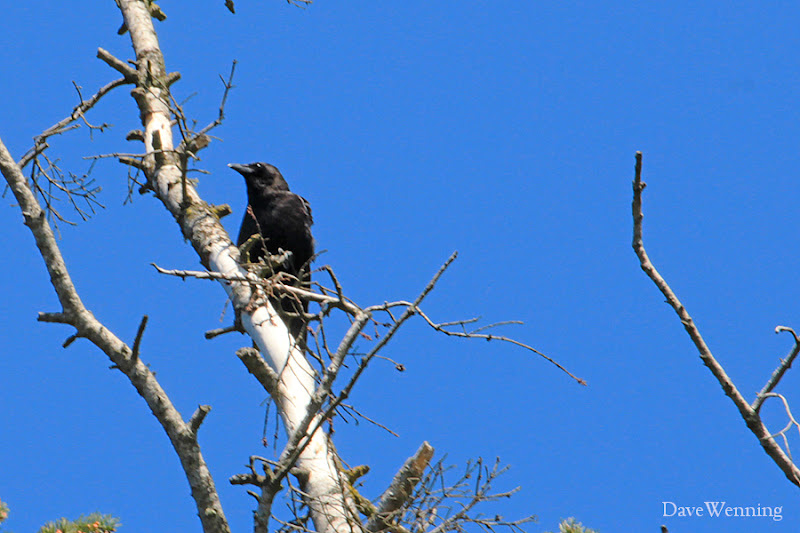 Are crows considered shorebirds?  Around here they are.  The Northwestern Crow (Corvus caurinus) is associated with tidal areas and makes its living as a beachcomber.  Like the gulls and herons, I see them almost daily, the year around. 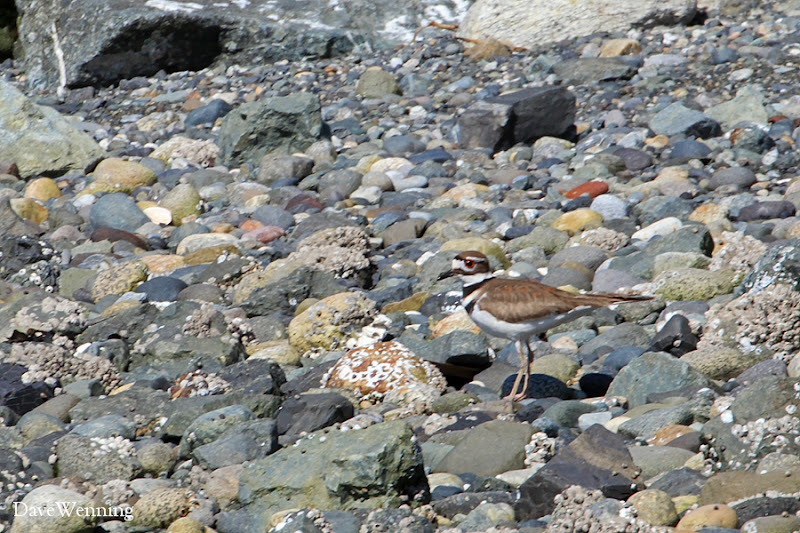 The Killdeer (Charadrius vociferus) is a member of the Plover family.  It is a common bird throughout North America.  Inland, it prefers open, grassy fields, but here it is a shorebird.  It nests in a hollow depression in the rocks on the beach, out in the open.  If this bird hadn't been calling, I would not have spotted it.  If they sit still and quiet, they are invisible.  "Vociferous" is a good name for them, since they are rarely quiet.  I think this is the bird that made the tracks in the sand above. 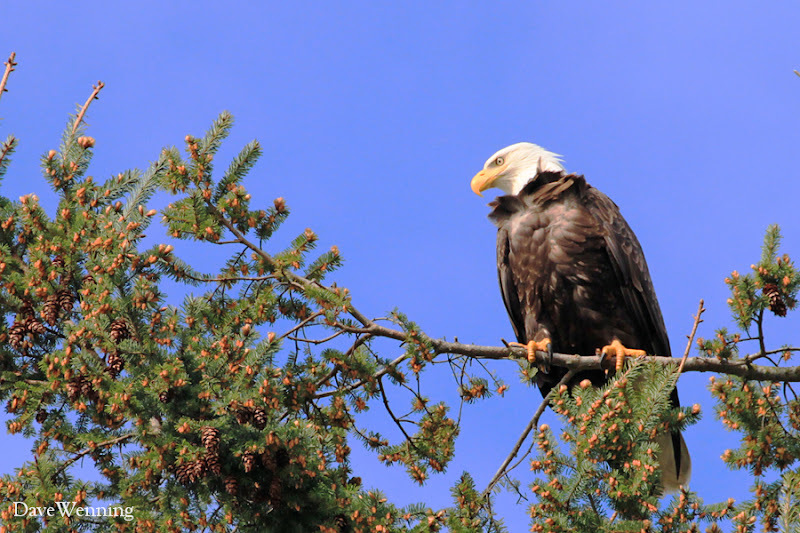 Of course, we can't forget the Bald Eagle (Haliaeetus leucocephalus).  We see them frequently perched along the shore where they can spot fish out in the bay.  We might also catch one with the gulls and crows attending carrion on the beach.  While their nests are in more secluded spots, they will always be within easy reach of the seashore.

"Let the waters bring forth abundantly the moving creature that hath life, and fowl that may fly above the earth in the open firmament of heaven."
-Genesis 1:20