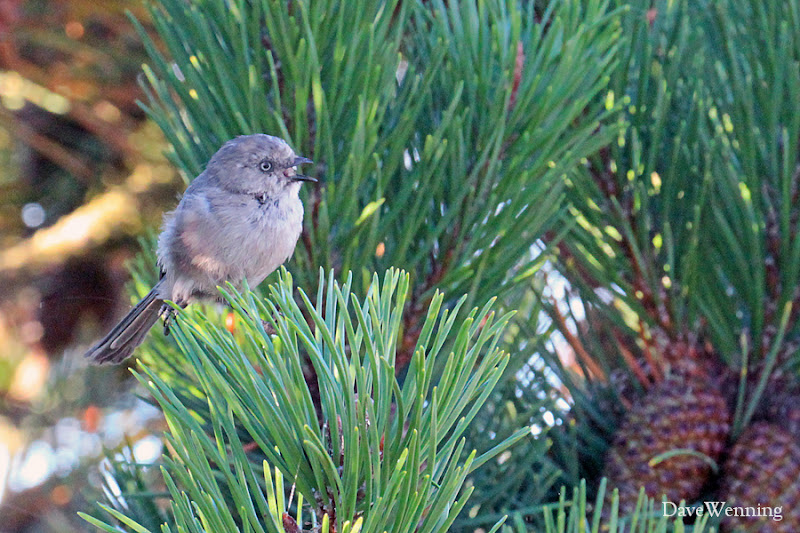 The first day of October and Deception Pass State Park have given me beautiful weather and a first sighting.  In a small grove of Shore Pines at West Beach, I spotted a half dozen tiny birds making a chattering ruckus in the branches.  From their size, I first thought they were wrens.  When I noticed the light gray coloring, I wasn't sure what they were.

These fast moving, active little birds were difficult to photograph in the branches, but I managed to get a few shots.  I hoped a couple would turn out to be useful.  When I got home, I identified them as Bushtits (Psaltriparus minimus) using iBird Pro's* search function.  This is a handy tool I have used several times. 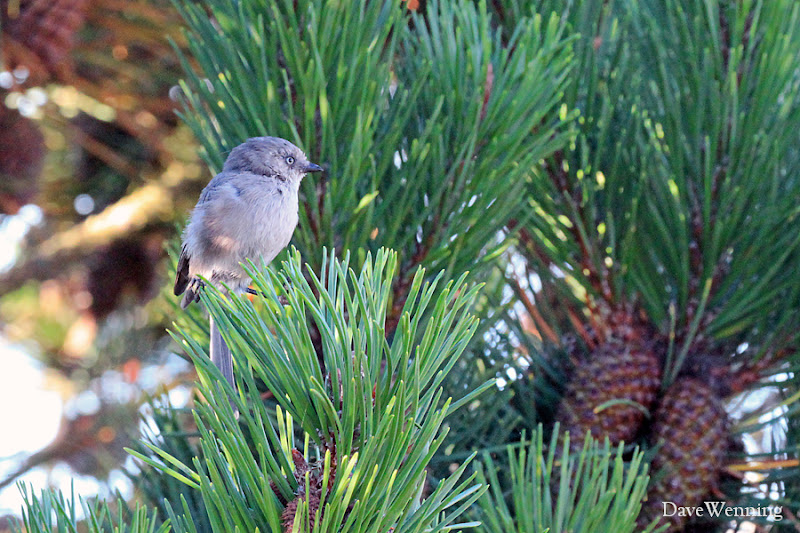 This is an adult female bird in the photos, identified by her light colored eyes.  Males and juveniles have dark eyes.  According to Seattle Audubon, they live in "mixed coniferous and deciduous areas with shrubby growth."  That describes the dune forest at West Beach to a T.

The most interesting feature about these birds, however, is their nest.  They weave impressive hanging basket nests made of plant wool, lichens, mosses and spider webs and line them with fir and feathers.  An entry hole near the top provides access to the nesting chamber.  Helper birds, not actually the parents, may assist in feeding the nestlings.  Next spring, I plan to see if I can spot some of these nests hanging from tree branches in the park, now that I know what to look for. 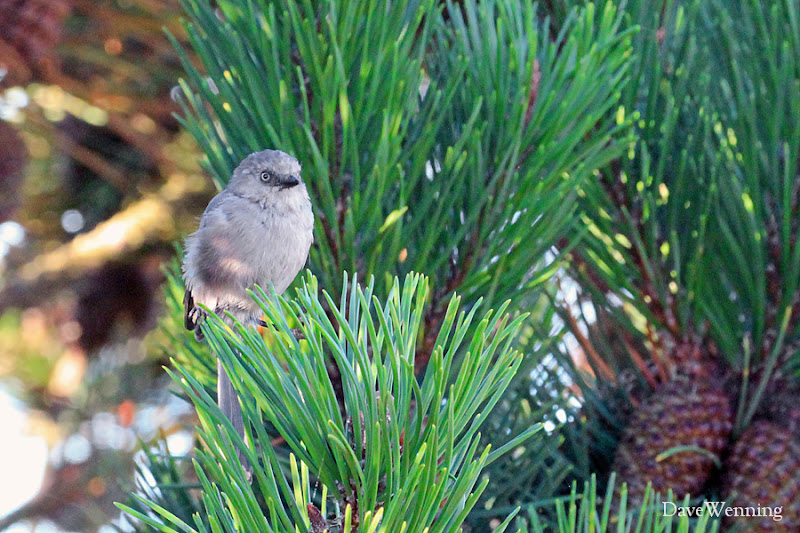 Bushtits are year-around residents in the Puget Sound lowlands, southwest British Columbia, the lower Columbia Basin, and most of Oregon except the northeast.  What a kick it is to see something new for the first time.  A nice morning walk around the Sand Dune trail capped off with a first sighting made for a very good day.