A recent news article caught my attention.  Canadian biologists are recommending that populations of Canada Geese (Branta canadensis) be eliminated from Vancouver Island.  Eliminated?  They assert the birds have done significant harm to the habitat of the island.  This damage, they believe, is a threat to other wildlife including the very important salmon resource.

I have always enjoyed the annual fall visits by the geese to South Fidalgo.  They are large, beautiful and graceful, one of nature's greatest achievements.  While they have become year-around residents locally, I only see them in small groups during September and October.  I believe these are travelers on migration.  A stream flows onto the beach near me, drainage from the wetland across the road.  The birds often stop here for a drink of fresh water, a seaweed snack and a bit of rest.  A very pleasant scene is created by geese sleeping in the sun with heads tucked under wings. 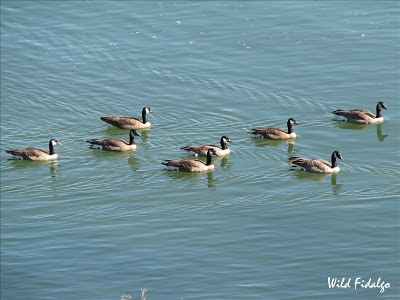 To Americans, I think, this bird is one of the iconic symbols of Canada with much to be admired.  It was jarring to learn that Canadians were considering their complete elimination from an entire region.  After a little study, I find that Canada considers the Beaver its national symbol, and not a single province or territory claims the goose as a representation.

Seattle has had issues with Canada Geese as well.  Traditionally, the birds are only migratory visitors to western Washington.  They readily adapt to human-altered habitats and have become permanent residents in city parks.  Defending their nests, they fiercely attack people and their droppings have earned them nuisance status.  Culling and relocating have only been temporary solutions.  Their populations quickly rebound.  We must not forget that we are the source of the problem.  We have shaped habitats that are attractive to the birds.

The birds have also created a threat to aviation, especially in urban areas.  They have brought down both military and commercial aircraft after being sucked into jet engines. 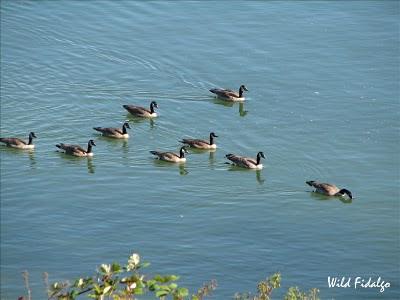 We humans seem to know what to do when a species is threatened.  An example is the Bald Eagle.  We realized that protection from hunting, preserving habitat and banning certain pesticides was required to fend off total extinction.  Populations are now slowly recovering.  But what do we do about a species whose overwhelming success has made it a pariah?  Those of us who enjoy watching wildlife want to be on the side of the geese.  We also understand that this issue is much more complex.  There will be no easy answers.
Geese
Location: Fidalgo Island, Washington, USA