December 30, 2010
I was at Deception Pass State Park today in the West Beach/Cranberry Lake area.  On arrival, I was greeted by this youngster in the parking lot.  I think his unique dark coloring, sooty cheeks, dirty pink legs and black bill identify him as a juvenile Western Gull (Larus occidentalis) in his first winter.  Gulls always stand nicely for their portraits.

There are 97 species of gulls worldwide, with 49 occurring in North America.  Most take four years to reach their adult plumage.  Their state of maturity is classified 1st winter, 2nd winter, etc.  The Western Gull is not commonly seen in the Puget Trough region of Washington.  Glaucous-winged Gulls (Larus glaucescens) are more common here, but their juvenile plumage is much lighter.  They are known to hybridize with the Westerns.  In general, Gulls are very difficult to identify.  The distinct coloration of this fellow is a big help.

We tend to take these intelligent, sociable and resourceful birds for granted.  They are so common, we often don't notice them.  When I lived in Iowa, I was surprised to see Gulls on the Mississippi River.  Like crows, they have become proficient at living with humans.  These park birds thrive in our company and are probably fond of hot dogs and potato salad.

Meanwhile, I spotted an animated group of Gulls splashing in Cranberry Lake.  They were bathing out in the fresh water and having a very good time.  Yes, that is ice you see in the foreground.  It was very cold last night but the Gulls didn't seem to mind: 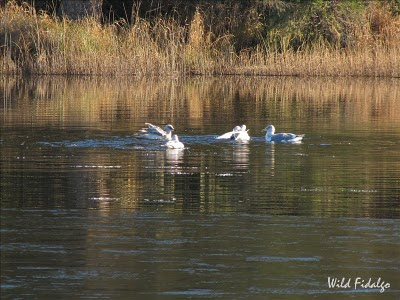 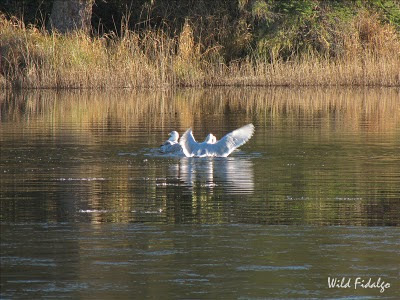