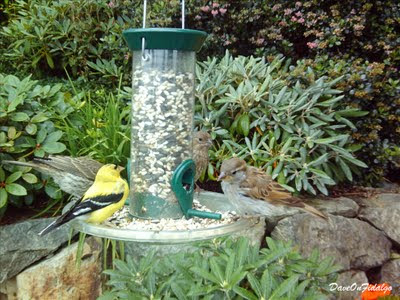 More accurately, a bad choice of seed as a lure at the Birdcam can produce unexpected results.  In a previous post I mentioned setting up the Birdcam station with a mix of sunflower and safflower seed.  This was done in an effort to catch another photo of a Red Crossbill.  The lure was successful, but not in the way I anticipated.  It became obvious now was not the best time of the year for this mix of seed. 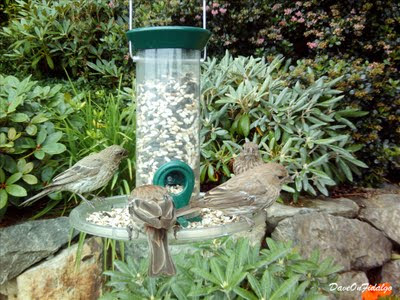 On the first day, I got more than 1,200 shots, but no Crossbills.  On the second day, the Birdcam captured over 1,500!  From last Friday, I was facing 1,729 photos which was almost the full capacity of the SD card.  Obviously, the word was getting around in Birdland that there was a great new restaurant in town.  In all those photos, not a single Red Crossbill could be found.  Instead, I was getting mostly House Finches and House Sparrows together with dozens of their fledglings. 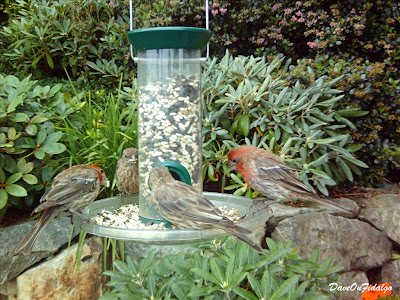 The biggest problem was the prospect of dealing with numbers approaching 2,000 photos a day.  The chore of scanning through them, renaming the keepers and deleting the rest was becoming an ordeal.  In that number, there may be only 20-30 pictures worth keeping.  So the quest for a Red Crossbill has been temporarily put on hold.  Getting photos of House Finches is not the problem.  Getting 1,200 photos of House Finches in a single day is. 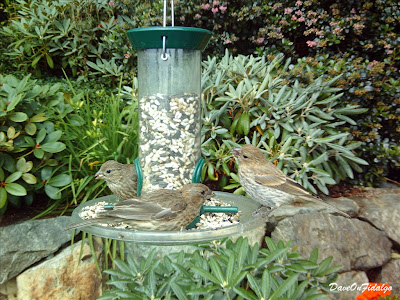 Targeting a specific bird species for capture by the Birdcam can become a bit like Waiting for Godot.  I have decided to set up again for Hummingbird shots.  I'll try for Crossbills another time.  When I bought the first Birdcam, I feared it was a gimmick that wouldn't really work.  Believe me, I shed those fears long ago.
BirdCam Finches Methods Sparrows
Location: Fidalgo Island, Washington, USA